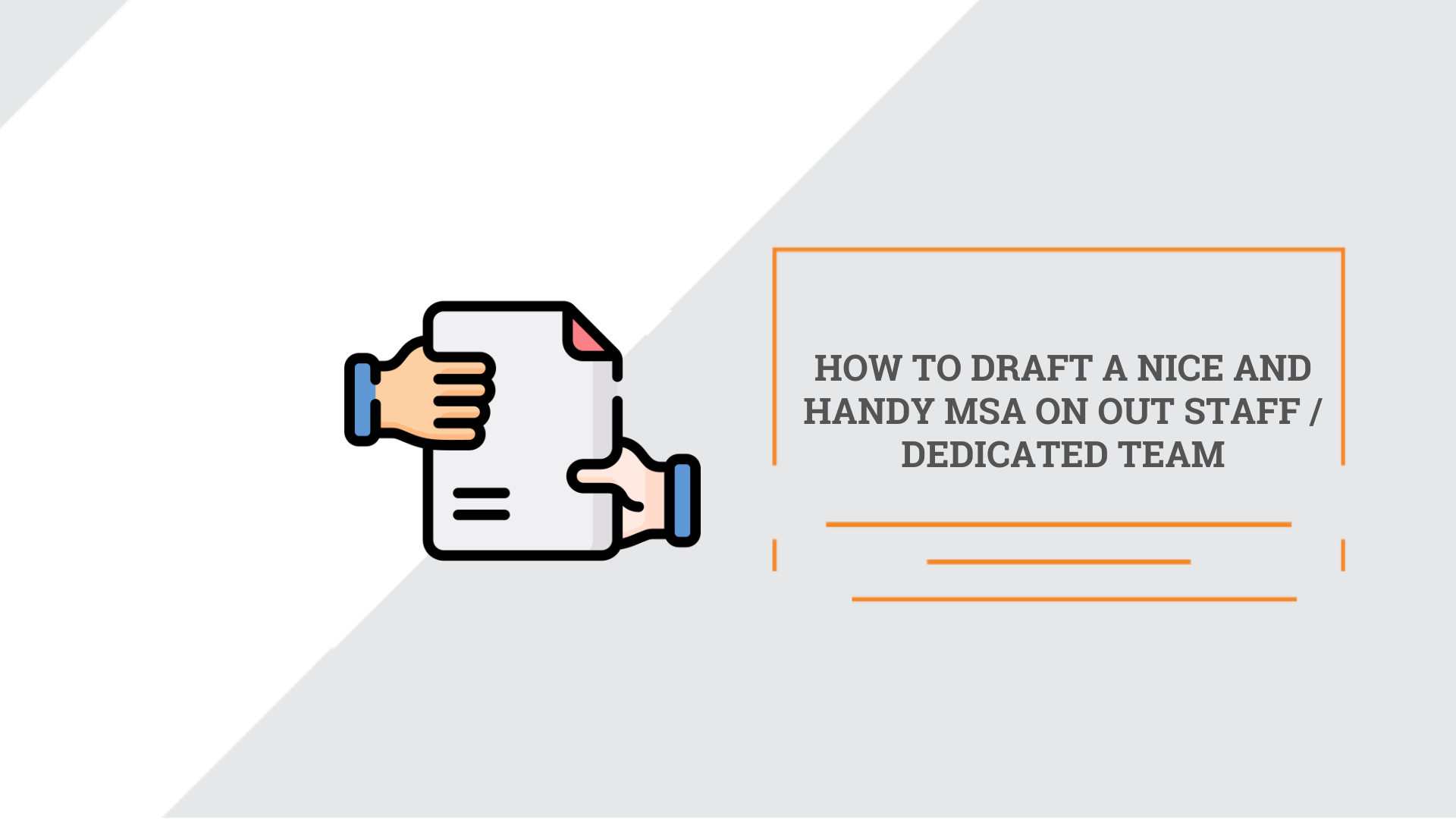 Have you ever sent a contract to a client for signing and heard them say that they cannot comprehend some of its provisions? Have you had your contract returned with a whole bunch of corrections? Maybe you just needed to make some minor amendments, but their lawyers said you would need to re-sign the entire contract completely? Admit it, you have undoubtedly experienced it.

In addition, the contract template is not only about convenience in communication with the client, but also an essential characteristic of your image. But can the contract be simultaneously easy to use, understandable, and legally correct? We strongly believe that it is quite achievable, so let us try to convince you of that.

In our opinion, the most optimal structure of the contract is MSA (Master Service Agreement). MSA is a general (framework) agreement regulating the legal relations of the parties. How exactly does it work?

Most of the provisions of your agreements with clients, such as confidentiality, conflicts of interest, dispute resolution, force majeure, etc., usually remain unchanged. These provisions are enshrined in the MSA and can last for the duration of your relationship with the client without creating any active obligations for you.

Then, you can sign an Annex, which will contain more specific provisions, for instance, on the subject matter, the procedure for providing services (e.g., based on the Outstaffing software development model), the cost of services, etc. An important advantage of this approach is that you can sign several such Annexes with different terms and conditions while your MSA will remain unchanged.

In addition, you can go even further and approve the most precise terms in separate SoW (Statements of Work). For example, when providing Outstaffing services, you can approve each individual developer in their own SoW. Thus, it will be easy for you and your client to navigate and change the terms of cooperation if necessary. 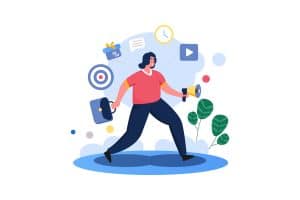 Consider an example. Company A provides IT services to Company B. They have three joint projects: the first one is divided into separate stages (Waterfall/Fixed Price), the second one has no clear stages and timeframes (Agile/T&M), and the third project is being worked on by a dedicated team of several developers. What might the structure of their contractual relationship look like? Well, for example, like this:

Given that an Annex can be as short as 2-4 pages and an SoW – only 1-2 pages, you should definitely agree that this approach is much more convenient than signing huge contracts for every other project.

How to describe the Outstaffing / Dedicated team software development model?

The Outstaffing service generally involves assigning some of your developers to the client, so that your client can communicate with them without your involvement, that is, directly. This is a complicated mechanic since we are dealing with subjects of legal relations (for example, developers) who are not parties to the contract. Therefore, it is crucial to correctly outline all the rights and obligations of the parties, including the matters on which your client will be able to communicate with developers with or without your involvement.

In addition, your Outstaffing services may significantly differ from the services of competitors, thus, we strongly do not recommend using template agreements from the Internet. For instance, a competitor may have a contract on Outstaffing services in the format of a dedicated team, which provides that the client hires the whole team (several developers) without the right to replace individual developers. At the same time, another competitor may offer recruiting services for its clients with the later engagement of hired developers under the Outstaffing model. Such services contain radically different mechanics, which need to be correctly reflected in the provisions of your contract (or in the Annex to the MSA).

Performance of tasks and responsibility for the deliverables

It is unlikely that an IT specialist can perform work effectively without the necessary technical equipment. Usually, the burden of providing it lies on the company that provides Outstaffing services. However, while interacting with your developers, your client may request particular works that require some specialized equipment. Such occasions are worth foreseeing by distributing responsibilities between the parties, that is, determining who will pay for such additional requests.

Contractors shall provide the Services using their own or Company’s hardware, equipment and other network infrastructure. If the performance of the Tasks requires some special tools, equipment, hardware or network infrastructure components, Customer shall provide Contractors with such objects or cover the costs incurred by Company to acquire such tools. 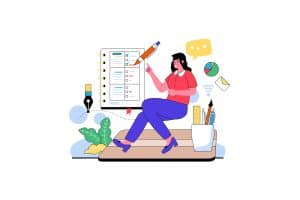 It should also be mentioned that, in the case of Outstaffing services, your company is not responsible for the deliverables of the developers engaged by the client. More detailed distribution of responsibility depends on the specifics of your Outstaffing service. For example, if the scope of your services includes the search of developers-candidates, then after the client’s approval of the selected developer, your responsibility for them may be exhausted.

Business hours and availability of developers

Having agreed with the client and stipulated in the contract the time during which developers should be in touch and available to the client is also essential. These provisions can be enshrined in the same way for all developers in the Annex (for example, if we are dealing with a dedicated team) or separately for each developer in the relevant SoW.

Each Contractor shall be available to Customer up to 40 hours per week according to the schedule that shall be agreed by Parties via the System. Any other use of Contractor’s time exceeding the specified weekly limit (the “Additional time”) shall be paid for by Customer in accordance with the terms and conditions additionally agreed by Parties.

If you work with developers from different parts of the world, you and your client should also consider the peculiarities of their national and religious calendars. As an option, you can separately indicate the list of holidays for each developer in the relevant SoW or indicate that you will send the calendars to the client once a year by email.

Contractors may also enjoy holidays during which they may be inactive and unavailable for the Customer on certain days pursuant to the respective laws of the state of Contractor’s residence. The respective SoW hereto may specify the exact holiday calendar for Contractor.

After the successful engagement of a developer or approval of a dedicated team, you would not want the client to change their mind after a few weeks. To avoid that, a minimum term can be established during which the client has to work with the developer or team while the relevant SoW, Annex, and the entire MSA cannot be terminated.

Additionally, at the client’s request, you can also provide for a probationary period, after which the client can, if there are proper reasons, refuse a certain developer or the entire dedicated team.

Nevertheless, Customer may terminate with due cause the engagement of the respective Contractor upon provision of a written notice five (5) calendar days prior to the end of the designated probationary period of such Contractor. Parties may additionally agree on the list of causes for such termination.

Among the most essential provisions for contracts on Outstaffing services is the prohibition on soliciting your specialists. Here it is important to specify in as detailed a manner as possible the actions that the client cannot perform in relation to the developers, especially given that the nature of the service involves their constant communication with each other without your involvement.

During the course of this Agreement and for two (2) years thereafter Customer, its subsidiaries, successors, shareholders, assignees, related companies, affiliates and other associated companies shall not, without Company’s prior written consent, directly or indirectly:

(i) solicit or encourage any of Company’s employees/contractors to leave the employment or contract of Company or persuade Company’s customers, suppliers to end cooperation with Company… 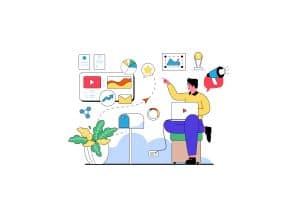 At the same time, it may be beneficial for you to let the specialist leave for adequate compensation. Herewith, you may stipulate in the contract that such a buyout may only occur with your prior consent.

To summarize, firstly, the MSA structure offers you flexibility and convenience in interacting with your clients. Common and clear terms and conditions are left in the MSA, while detailed and specific provisions – in separate Annex and/or SoW.

Secondly, Outstaffing or Dedicated team service requires a thorough description of all the nuances of your activity. You do not want to refer to googled free templates, as it is better to pay once for the drafting of a high-quality contract than to lose money later due to the abuse of loopholes by clients. 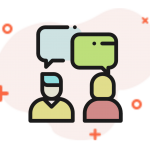 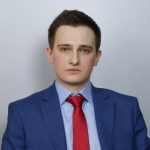 Junior IT lawyer at Legal IT Group