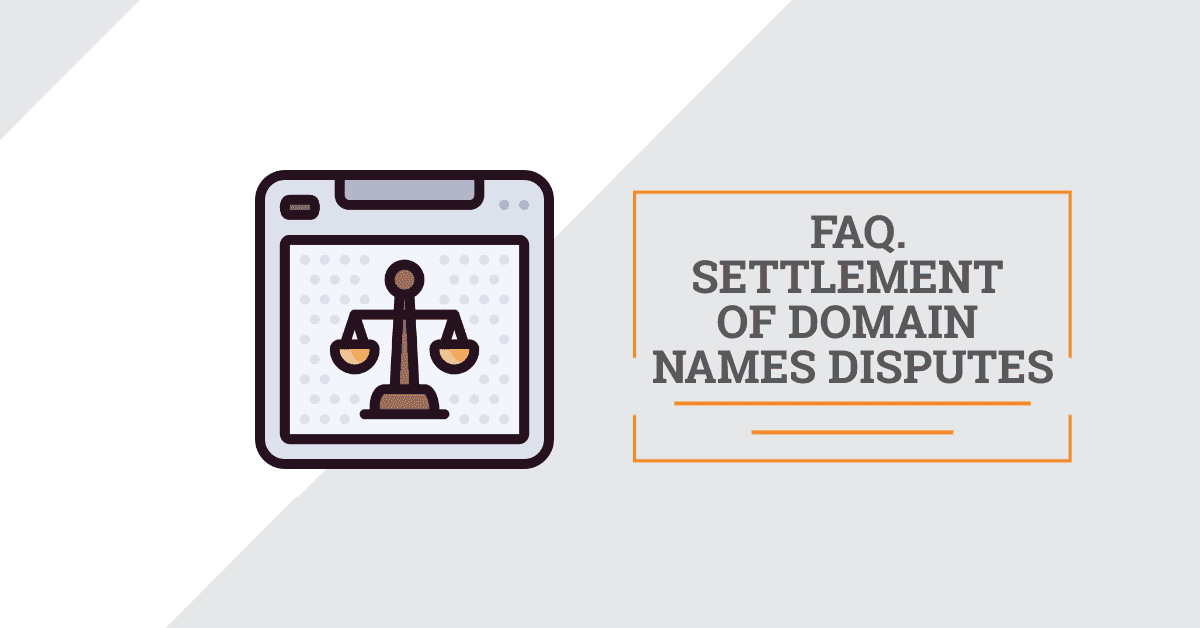 Once, we already provided you with domain names dispute procedure where its main steps were discussed. But sometimes Parties do not really want to wait for a decision due to different reasons. Thus, a settlement agreement may come to help them to put an end of a dispute concerned.

Is it better to settle a UDRP dispute rather than bring a complaint to its final decision?

There is always an available option to imply this function while resolving a dispute in court. For sure, it is better not to bring a case to the court at all. But if it has already happened nothing better could exist (except termination of a procedure likely). Below-mentioned reasons, from my point of view, should be taken into account while the procedure is on fire.

In order an Arbitration Court considers a case, an appropriate fee must be paid: one part specifically for the Provider, another part for Penal. The last part of money will be saved if a settlement procedure is announced before aimed to resolve your dispute Panel was appointed. Such opportunity always applies to Complainant. Respondent may receive a refund only if this party insisted on three-members Penal and thus, paid a corresponding amount of money.

Panel has only two options to resolve the dispute: either to cancel domain names or transfer them to a complainant. If you already know which one fits you better, don’t waste your time and settle the brought dispute in your own.

Since available solution options are limited to only two, parties might agree to have additional consequences of the dispute they are involved in. For example, Supplemental Rules for Czech Arbitration Court provide an additional possibility to cancel a dispute towards a specific domain while settling a dispute. Also, in UDRP dispute on <ados.com> and <myados.com> domain names respondent accepted to cease and desist from using the mark ADOS, but only in the countries and for the goods and services for which the complainant had prior rights.

So, if these reasons mater for you, here a movement of settlement procedure is. Reference you might find here🙂 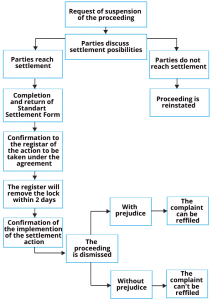 Each web-site of the specific Provider has this form. In the absence of either an objection from the Complainant or a completed Standard Settlement Form, the Panel intends to proceed without further delay to issue a decision in the form indicated.

When all of these steps are met and no objections are present, the proceeding is going to be dismissed. However, is it possible to file a complaint towards the same domains later?

Section 17 (a) (vii) of the Rules states that “the Provider will dismiss the proceedings without prejudice unless otherwise stipulated in the settlement.” And now I would like to pay attention to the meaning and of the phrase “without prejudice”. The opposite meaning of this term is “with prejudice”. So, the question is whether there is a significant difference and whether it should be taken into account.

“Without prejudice” by various sources means:

This means a 100% opportunity to re-lodge a claim against those domains for which a settlement agreement has been concluded. Established practice proves it with Panel’s wording: “the significance of this is that, if the dismissal is not clearly “with prejudice”, the Complainant may be able to refile the Complaint at some later time”.

The term “without prejudice” could be an instrument of oppression, especially where the respondent has been put to the trouble and expense of preparing and submitting a response. In this case, the panel found that there should be the finality of “litigation” in that a party should not be vexed twice by the same dispute.

Thus, in order Complainant not to preserve the option of challenging the disputed domain name later, drop the case and never raise its dispute again, “with prejudice” term is recommended to be used. 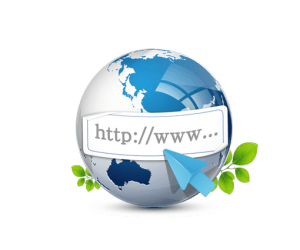 Another tricky question is whether it is possible to settle a dispute regarding several domain names and reinstitute the proceeding towards the rest.

For example, there are 10 domain names towards which dispute is brought. 4 of them you want to cancel, 5 of them to transfer to Complainant and you also want to continue the dispute towards the one that left. So, are you allowed to do that?

Such actions might be expedient in a situation when there are only several domains that really matters to you and you want to save them at any cost. Then you will rather settle a dispute on favourable terms and will go along the dispute resolution procedure with rest ones.

May Complainant just withdraw a complaint and drop a brought dispute?

Paragraph 17 of the UDRP Rules provides the possibility to terminate the administrative proceeding if it becomes unnecessary or impossible to continue it. Another part of this provision prescribes the right of the opposite party to object towards such withdrawal if justifiable grounds are raised. Time for objections should be determined by Panel.

First of all, it shall be analyzed whether it is impossible to continue. If it is not impossible, the second criteria of necessity shall be accessed. In case No. D2018-1316 Panel specifically highlights the importance of “with or without prejudice” terms, meanings of which were highlighted earlier. Despite the fact that clause 17(b) does not include indicated term itself, Panel still takes it into account. Sometimes, Panel terminates a proceeding without prejudice even with the fact that Respondent contributed a certain amount of money for this process, e.g. has already paid for a three-member Panel.

To conclude all stated above, Complainant may just withdraw a complaint if Respondent does not raise any objections.

You always have a choice. Even if this choice concerns a domain name dispute. You may take the proceeding to the end and never know its results, or just put an end to UDRP dispute with a settlement agreement. However, if you hesitate which next move you should make, just contact our lawyers with the form below: they will for sure help you to designate the best strategic especially for your situation! 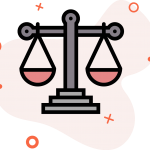 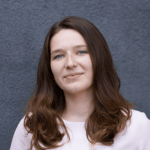